International bars and pubs are plentiful in Ningbo. With great prices, happy hour and imported alcohol you will feel just like at home in many of these places.

Alternatively, If you're looking for something eventful, unique and maybe a little crazy there are many Chinese bars with the dice game and interesting combinations of alcohol going down all over the city.

This is the best choice for the young people who are keen on rock and roll, heavy metal, punk, blues, hard core and electronic music.

With upbeat and happy atmosphere, A8 Music Club is a good place for your nightlife.

Baidu is one of the hottest clubs in the city of Ningbo where the music is much better than other's.

This night club is always crowded no matter in weekdays or weekends. There are no live shows, but only a DJ in a booth playing CDs.

Ningbo Half Past Eight Club

Cultivate ego and individuality, at ease. Half Past Eight Club welcomes you.

G Plus is considered as the best club brand in Ningbo currently.

This is a music bar full of European country style, situated on a gallery bridge of Moon Lake of Ningbo. The open air balcony extends through to the water surface of Moon Lake. Standing at the balcony, try a cup of drink while enjoying the cool air and breeze.

Coco Banana Bar is one of the popular bars in Ningbo. 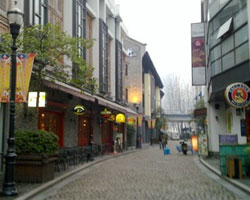 185 views
How to transfer your work permit to

425 views
What are the Entry Requirements of