One of China's fastest developing, prosperous areas of China

The Bohai Economic Rim is an area designated as key to China's development by the Chinese government and includes the capital, Beijing and nearby cities, Tianjin and Tangshan.

The area, important because of Beijing, also encompasses the potential of nearby cities which are equally as important to the development of China. This area, like the Pearl River Delta and the Yangtze River Delta are the three major areas of the country marked as the most important areas and have received additional investment both from the government and international companies.

Salary Guide
The Bohai Economic Rim spans across tier 1, tier 2 and tier 3 cities so the salaries should follow this pattern:
Tier 1 Cities: Beijing, Tianjin
10,000-20,000RMB /month (Depending on hours, students and location)


Salary guides vary on hours and type, if your not teaching you can add roughly 5,000RMB to these salaries. Usually Tier 2 - Tier 3 cities offer accommodation as part of the package.

Requirements to work in the Bohai Economic Rim

Working in the Bohai Economic Rim on a tourist/business visa is not recommended. If you do not have a BA Degree and/or are not a native speaker you should try the Pearl River Delta or smaller tier 3 cities near bordering countries. 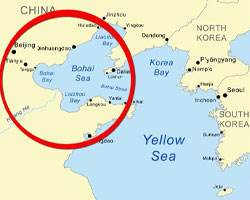 433 views
How to transfer your work permit to

1109 views
What are the Entry Requirements of