Ningbo Teaching English and Living as an Expat

Ningbo lies on the Southern part of the Yangtze river delta, facing the see Ningbo has been one of China's oldest trading cities

Being located on the sea and roughly central eastern China Ningbo has been one of China's oldest trading cities. Dating back since 4800BC Ningbo far outlives it's other Yangtze river delta counter-parts and is in-line with cities with immense historic value such as Guangzhou and Yangzhou.

With over 7.5 million in population Ningbo is not a small city either. Thanks to it's location it's influenced internationally and there are many coffee shops (Starbucks, Costa) as well as the usual food chain companies, KFC, MC Donalds, Pizza Hut, Papa Johns etc.

Working in Ningbo is great as well, bordering the sea there is a clean breeze of air all day long and the atmosphere is calm and enjoyable. Work schedules are busy but not as demanding as the likes of Shanghai or Shenzhen. 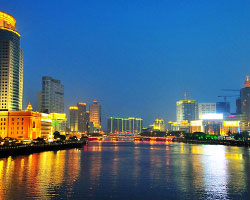 528 views
How to transfer your work permit to

1288 views
What are the Entry Requirements of