You'll quickly find many little interesting, off the beaten track locations to enjoy in Foshan. Here are a few to wet your appetite!

Foshan, although relitavely untouched by international tourism, is a famous place to visit for the Chinese. There are many lovely tourist spots, including the Foshan Ancestral Temple, Bruce Lee's Mansion and Shanshui Lotus world. 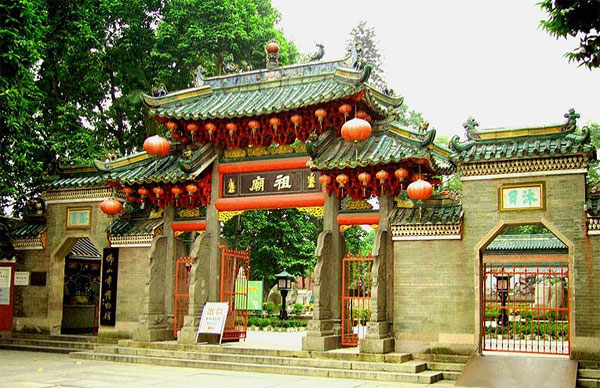 Foshan Ancestral Temple (Foshan Zu Miao) is located in the urban area of Foshan City. It was first used to honor the founder of the local smelting industry, and then changed to worship Pak Thai, a Taoist god. The original temple was burned at the end of the Yuan Dynasty. In 1372, the fifth year of the Hongwu Emperor?s reign in the Ming Dynasty, the temple was rebuilt and named Ancestral Temple because of its long history and status as the pre-eminent temple in Foshan. In 1962, Foshan Ancestral Temple was designated as a key cultural relic of Guangdong Province.

Xiqiao Mountain
Xiqiao Mountain is one of the four famous mountains of Guangdong Province. It is endowed with both picturesque scenery and rich cultural resources. It was approved as a national-level scenic area and a national forest park by the State Council.

Being located in Nanhai District, Foshan City, in southern Guangdong Province, It has an average altitude of about 300 meters (984 feet). The main peak is only about 340 meters (1,115 feet) high. It is an ancient extinct volcano, but it has created amazing masterpieces: numerous grotesque cliffs, strange hollows, limpid lakes and spectacular waterfalls cover the whole mountain. It is renowned as an emerald in South Guangdong, with 72 peaks and 36 hollows. The peaks are grotesque, and the hollows are deep and serene. The major scenic spots include White Cloud Hollow Scenic Spot, Jasper Hollow Scenic Spot, Green Rock Scenic Spot, Kwan-yin of South China Sea Cultural Garden, Yellow Immortal Holy Garden and Wushu Hall of Huang Feihong's Lion Skill. The White Cloud Hollow is the most renowned among the 36 hollows of the mountain. This scenic spot, situated in the western foothills of Xiqiao Mountain, takes up an area of 1.2 sq kilometers (297 acreages). In the hollow, there are numerous temples, monasteries and pavilions. The Cloud Waterfall pours into a brook, which flows outward into three lakes. The waterfall and the lakes illuminate each other. The White Cloud Hollow abounds with cultural relics and historic sites of the Ming (1368-1644) and Qing (1644-1911) Dynasties such as Three Lakes Academy, Cloud and Spring Hall, White Cloud Ancient Temple and Inscriptions on Cliffs. Additionally, the Cloud and Waterfall of Xiqiao has been listed as one of 'the eight spectacular scenes of Guanzhou' in the Qing Dynasty. At night the scene at White Cloud Hollow is fantastic. The night scene illuminated with resplendent colored-lights adds a splendor to the charm of this scenic spot.

Kwan-yin of South China Sea Cultural Garden is situated at Daxian Peak, one of the 72 peaks of Xiqiao Mountain. The holy statue of Kwan-yin is grand and gorgeous. The statue is about 61.9 meters (about 203 feet) high, implying that Kwan-yin achieved perfection on June 19th. Kwan-yin sits in her holy seat of lotus flowers, with a merciful light shining in her eyes. To the left of Daxian Peak, an architectural complex of Kwan-yin culture is established, where various statues of Kwan-yin are exhibited.

Jasper Hollow is situated in a canyon stretching from east to west in the north-western part of Xiqiao Mountain. The waterfall inside the hollow is the largest waterfall in the mountain. Green Rock Scenic Spot lies in the midst of the mountain. Dragon Beard Spring and Half-moon Spring are also worth visiting.

Tips:
The Best time to visit that area is during Spring Festival, when peach trees blossom vigorously and their fragrance spreads over the whole mountain.
Admission: CNY 70 (Adult)
CNY 35 (Children, 1.2-1.5m)
Opening hours: 07:30-18:00 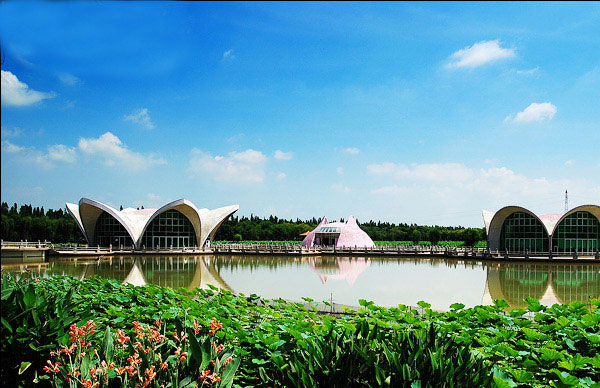 Sanshui Lotus World occupies an area of eighty hectares, of which fifty-three hectares are water. The park features nearly 300 species of lotus, including one variety cultivated in space and an ancient lotus unearthed in Liaoning Province. Sanshui Lotus World not only has a wide variety of lotuses but also advanced cultivating technology. The park is an ecotourism center combining sightseeing, performances, entertainment, food, production and research, and the exhibition of lotus-related culture in China.

Sanshui Lotus World is divided into Culture Square, the Central Zone, the Species Exhibition Area, the Amazon Lotus and Water Lily Areas, the Food and Entertainment Area, the Production and Research Facilities, the Lotus Seed Zone and other areas.

Visitors can experience Sanshui Lotus World by tour bus or on the lotus-picking boat.

Hours:9:00-18:00
Address:Nanfeng Street, Sanshui District, Foshan
Transportation:take the regular bus at the Bus Station of Guangdong Province from 6:30 to 21:00 each day (CNY 15) or take a bus to Sanshui at Fangcun Bus Station from 7:00 to 20:00 (CNY 10) or take tour bus in Sanshui City to Sanshui Lotus World.
Admission:CNY 20 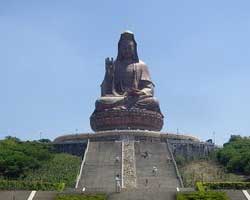 What are the Entry Requirements of

68 views
5 Best things to do in Chiang Mai